The Sports Clinic at Sydney University

John Orchard is a sport and exercise physician with over 20 years experience. John obtained his medical degree from the University of Melbourne (1989) and completed his Sports Medicine Fellowship in 1996. He has a PhD in sports injury epidemiology from the UNSW (1999), an MD by thesis from the University of Melbourne (2006). John is an Adjunct Professor, Sydney School of Public Health, University of Sydney and has published over 200 scientific papers and is highly cited with an H-index of 33 (33 publications with at least 33 cites on Web of Science, August 2017). He is currently a member of the editorial board for 4 journals including the British Journal of Sports Medicine and the American Journal of Sports Medicine. He regularly gets invited to speak at national and international conferences.

John is currently the Chief Medical Officer for Cricket Australia and Cricket NSW, and was medical director for the Cricket World Cup 2015. He was previously a team doctor for the Sydney Roosters NRL team (1998-2013), the Sydney Swans AFL team (1994-1997) and the NSW State of Origin team (2000-2006) and a Sports Medicine Fellow at the Australian Institute of Sport (1993). He provided injury surveillance consultancy services for the Australian Football League from 1992-2014. 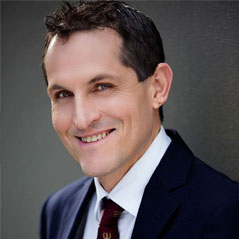