The Sports Clinic at Sydney University

Dr Grace Bryant helped the Australian water polo team win gold at the Sydney Olympics, toured with the Hockeyroos and worked with former netball captain Vicky Wilson to take the national team to a world championship title. She received a Medal of the Order of Australia for her service as a medial officer to various sports organisations. “I was really surprised and honoured to find out that someone went to such trouble to recognise me,” she said. Dr Bryant, said her real love was seeing developments in sports medicine. “We are now able to give Australians everything they need to compete at the top level. It’s amazing how the science has evolved.” She said the most exciting moment of her career was the water polo team’s Sydney Olympics win. “There was an amazing feeling and energy when they won. Helping the athletes perform to their best and come home with gold medals was amazing.” 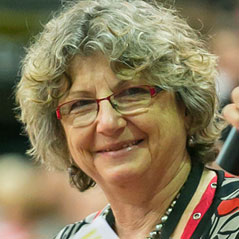